You are building applications that need to support on a variety of platforms. At the same time, most of your customers are going to use a Mobile device as their primary means of accessing your application.

How do you provide the most optimized user experience on a mobile device and take advantage of the features that make mobile computing unique?

There are several aspects of building mobile applications that are fundamentally different from building web applications:

Write a Native Mobile Application for both of the two major platforms (iOS and Android).

An example of this kind of overall architectural approach is shown below: 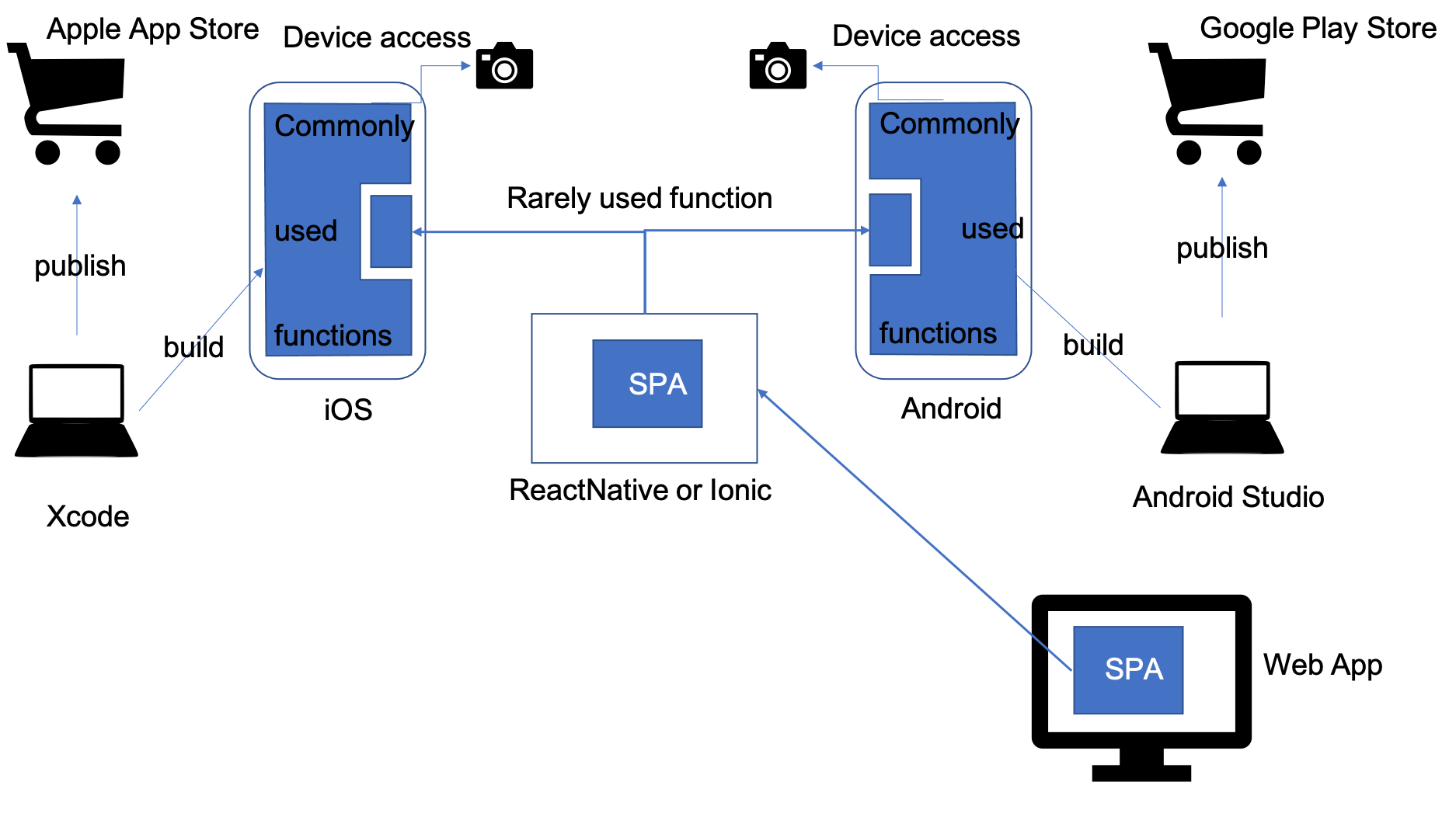 However, Native Mobile Applications have their own drawbacks that necessitate additional architectural decisions – most notably the limited screen real estate of an application and the potentially poor Internet connectivity over a mobile network may necessitate the use of other patterns such as a Near Cache or Backend for Frontend.

Native Mobile Applications often are paired with Backend for Frontends that can filter and translate results to data format that are specific to the Mobile platform. Likewise, Native mobile applications may benefit from a Near Cache when Internet connectivity is slow or unreliable.