This set of patterns is built around developing a consistent architecture for application clients that is compatible with a cloud-native application development style. It may seem odd that we devote an entire chapter of this pattern language to front-end patterns that may not depend on the cloud at all, but there are several really good reasons for this that are worth discussing.

The first reason clients are important for cloud-native applications is business value. One of the hardest parts of a cloud adoption, and the part that most IT teams fail at, is demonstrating real value to the business in tangible terms. One of the easiest ways to demonstrate value to the business is by improving the user experience (UX) of customers or associates to either produce more direct sales, simplify interactions and improve efficiency, or to enable value-add services that increase revenue. Most product managers have a long list of desired improvements to their user experience, but these are often hampered by issues below the user interface layer itself, which may include problems with both technology and process. Thus, demonstrating the value of cloud as part of improving user experience often helps sell the effort and expense of converting to cloud. What’s more, once the user experience code is on the cloud, it’s often easier to either move or reimplement since it is already both close to the user (reducing latency) and the front end is cleanly separated from the complexities of the application’s back-end. As a result, most companies tend to start with client-facing applications as their first forays into cloud technologies.

However, there is a second issue, even bigger but more nuanced, that companies must consider when rebuilding or refactoring existing applications, and that is the cost of training teams on new front ends. One of the most easily overlooked costs in adopting a new system is training cost and the costs to the business of lost productivity when users must become productive on a new system. As a result, training and productivity costs are an important consideration when deciding how to segment a larger monolithic application into smaller pieces for refactoring. Essentially, in a minimum viable product (MVP) approach, the word “viable” becomes much more important when considering front-end refactoring and reimplementation. In an article on the Thoughtworks Blog , Meaghan Waters points out three potential approaches that may be helpful:

Any of the three segmentation approaches can work; choose the one that fits the current application best. All three require you to build new front ends that fit the approach as part of an architectural process that also refactors the back-end business logic to correspond with the front end. Whenever you refactor the front end and back end simultaneously, be careful to keep the two ends separated, to keep business logic separated from UI logic, and to encapsulate that business logic in the back end. In a 2021 Twitter thread , Betsy Haibel illustrates a particular trap that is easy to fall into:

“Web Frontends and their backends are logically one product. You get a lot of feature requests that require changes to both. When this happens, developers have a choice. They can build the feature “the right way” and put the business logic in the backend and go through the moderate pain of shipping both changes, or they can put it all in the frontend. Over time, the weight of all these changes puts ever more business logic in the front end.”

Practically, what this means is that you should NEVER assign a front end and its associated back-end to separate teams. Both should be built by a single Stream Team that owns the saga that describes the feature as a whole. This applies to all of the patterns that we are describing. Teams should never be split vertically by role (front-end and back-end developer) but should instead be organized by feature split in any of the ways illustrated in the Waters article referenced above. The patterns in this section are all intended to be applied within that organizational framework.

One of the fundamental principles that sits behind all of the advice we will provide in these patterns is that there should be a distinct and firm boundary between UI code and business logic. While this advice is so old that giving it again here may seem almost quaint, the problem is that in practice, many teams fail to follow this principle. Perhaps one of the best examples of this architectural principle is Alistair Cockburn’s Hexagonal Architecture , sometimes called the “Ports and Adapters” architecture. In this approach, he separates the core business functions of an application from the four different styles of interaction that humans or other systems have with the application (see below). These are user interface, persistence, administration and notification. The concept is that the core business logic is isolated from these interactions by specialized “adapters” that operate on more abstract “ports” for each style of interaction. 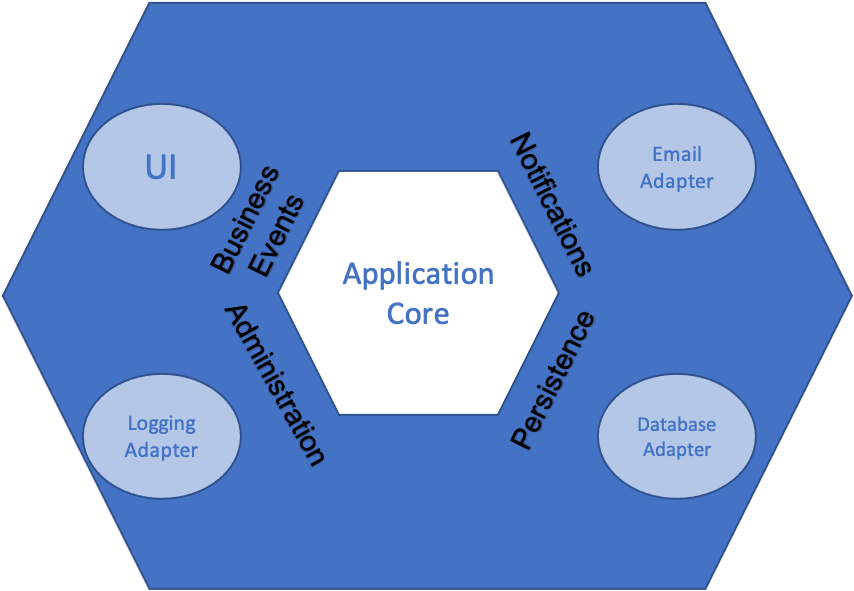 This concept of an application core surrounded by different types of adapters for different purposes illustrates a key concept that the patterns in this section implement. The different UI styles we will introduce are all meant to be separated from the business logic they rely upon. In a sense, they are all “adapters” in a Hexagonal Architecture.

What this discussion illustrates is that there are a handful of basic principles about client architecture that both ties back to many of the other principles and patterns we have discussed so far in this book, and that also inform the patterns that we will introduce in this section. These principles are:

The relationships between the patterns in this section are shown below: 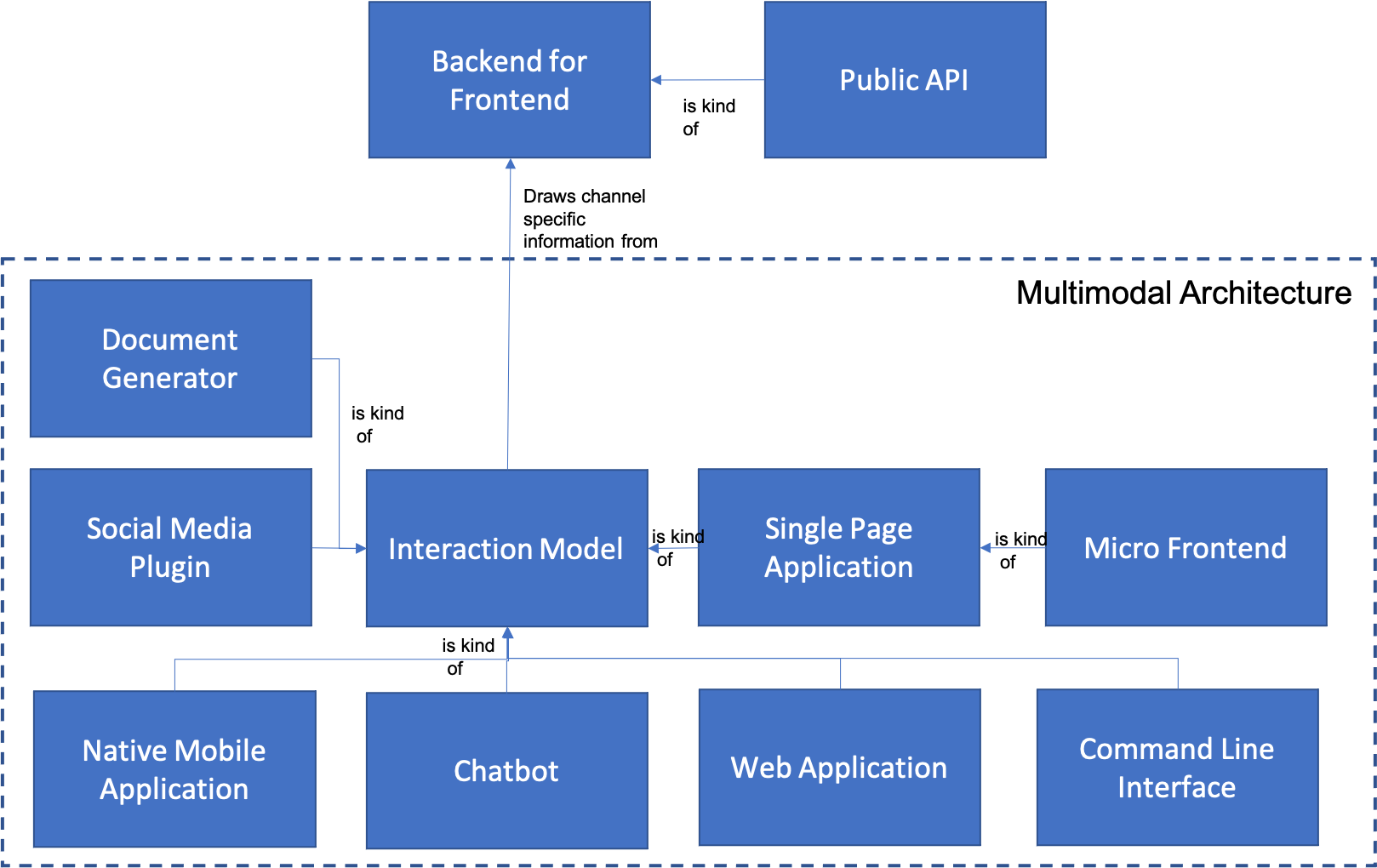