This part of our pattern language is concerned with the problems inherent in building and delivering software using Containers, particularly those issues that arise during the process of mapping docker images and containers into the stages of a software development lifecycle. The language assumes that the reader will be building applications following an agile approach that is characterized by Continuous Integration/Continuous Delivery

Containers are one of the most rapidly adopted software technologies of the last several years, with extraordinary growth in adoption (see PortworxSurvey). This rapid adoption is the result of an impressive increase in developer productivity and ability to delivery cost reduction resulting from container adoption (see Synopsis). Containers are the instantiation of immutable images that describe a process that will run in its own virtualized memory and processor space.

A registry is a service for storing and retrieving Container images. You can think of it as being like a source-code control system (e.g. Git) for images. There are two general types of registries; a public registry is one that provides this service to many customers where the images are publicly available and searchable. Examples of this include Docker Hub, the Amazon Elastic Container Registry, and the IBM Container Registry service. A private registry is one that serves a single customer. Both types of registry may be cloud hosted, although private registries are sometimes also deployed on premises. For instance, in Docker you can deploy your own registry services and store your images locally or in any other location running docker (such as a hosted private cloud).

A repository is a collection of related images that have unique tags. A tag is an alphanumeric identifier for an image within a repository. For instance, Docker Hub allows you to create new repositories via the “Create Repository” function. This named repository then becomes a common name that is used as part of the identifier of images within a docker push or docker pull, e.g. docker push user/repository-name:tag. Other registries also support similar approaches to creating repositories.

Patterns in this section

The relationships between the patterns in this section can be found in the diagram below: 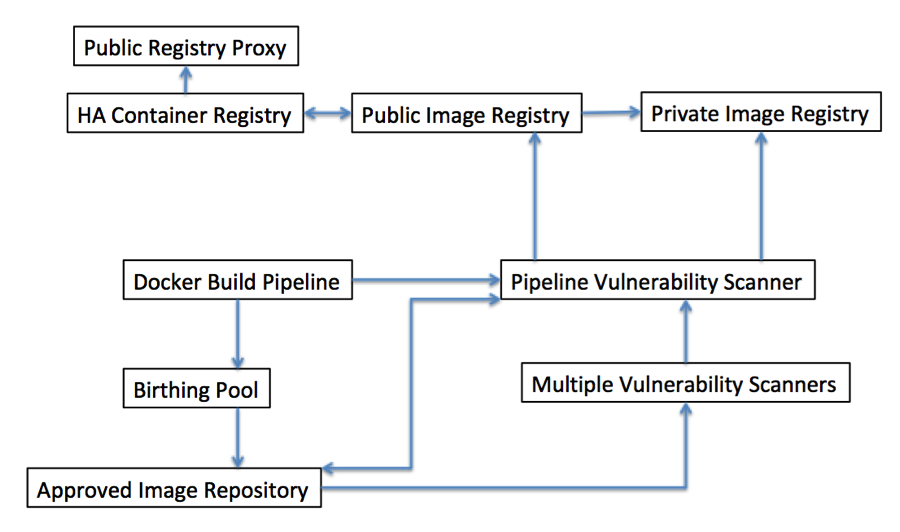