A major issue with adopting cloud is that in most Enterprises, the applications that most need to run on the cloud are not new. Enterprises rarely get to build brand new “greenfield” applications. Instead, most applications are “brownfield” meaning that they were built for one set of purposes and under a particular set of assumptions. Unfortunately, those were rarely the assumptions that apply on the cloud.

This set of patterns deals with the problem of how to deal with the realities of the refactoring process when you have to rewrite applications to work on the cloud, particularly when you are rebuilding them as microservices. These are complements to other patterns in the pattern language as they only apply in specific cases where you are already applying other, more basic patterns from Cloud Native Architecture and Event Based Architecture. In particular, they focus on the problem of how to keep the system operating during the refactoring process when the old and new systems must live side by side, often sharing the same data.

The relationships between these patterns and the patterns they rely on is shown below: 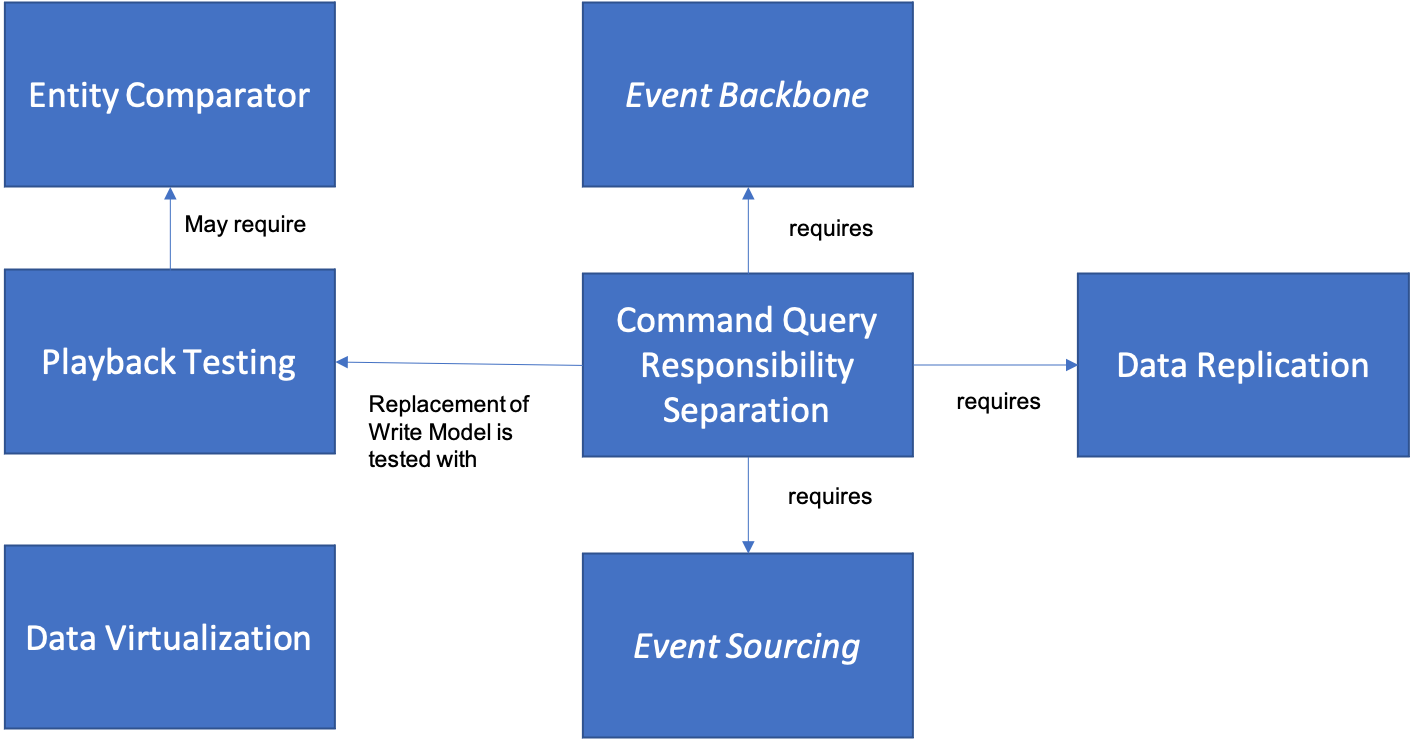