You have a medium to large estate of container images where each image is dependent on multiple images.

The underlying layering mechanism that containers use are meaning it’s difficult to see how an individual image is made up of the various base images within the estate. In addition it’s hard to see all the images that utilize the core base images.

How can you understand the dependencies in your image model?

You need to develop an image dependency model. For each container image you need to document the metadata and the dependencies of the image from the and the way in which each image depends on other images (by inheritance or by reference).

Build an image dependency model as a visualization of the dependencies.

An image dependency model will allow you to see:

The following diagram shows an example visualization of a dependency model. 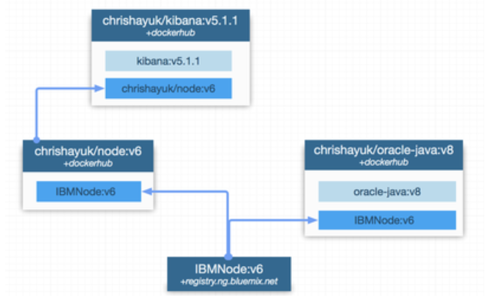 While diagrams like this can be drawn by hand, it is best if they are provided by a tool as part of your architecture documentation. One such open source tool is DockViz. You can also see other dependencies between images by using tools like WeaveView.